As the darkness creeps in earlier each day and the temperature drops, we turn to heartier fare we can curl up with to shield against the chilly winter weather. The kind of comfort food that fills us with the warm embrace of the Holiday Season. White Chicken Chili has been on my list of recipes to try for a long while now and as the seasons roll by, I’ve never had the ingredients on hand until now. Typically, it’s considered more of a summer chili, lighter in color as well as ingredients, however this version is not by any means what I would consider light summer fare. I couldn’t find one recipe that combined all the elements I wanted to incorporate, so I used two different versions as a guideline to achieve my desired outcome.

Traditionally, White Chicken Chili derives it’s name from its specific color palette consisting of green bell peppers, green chilies and white beans. Since I had a red bell pepper, a red jalapeño and red beans on hand our bowls were filled with the colors of Christmas, red and green. I’ve lovingly dubbed it White Christmas Chili, and after you’ve had it, you’ll be dreaming of it too! 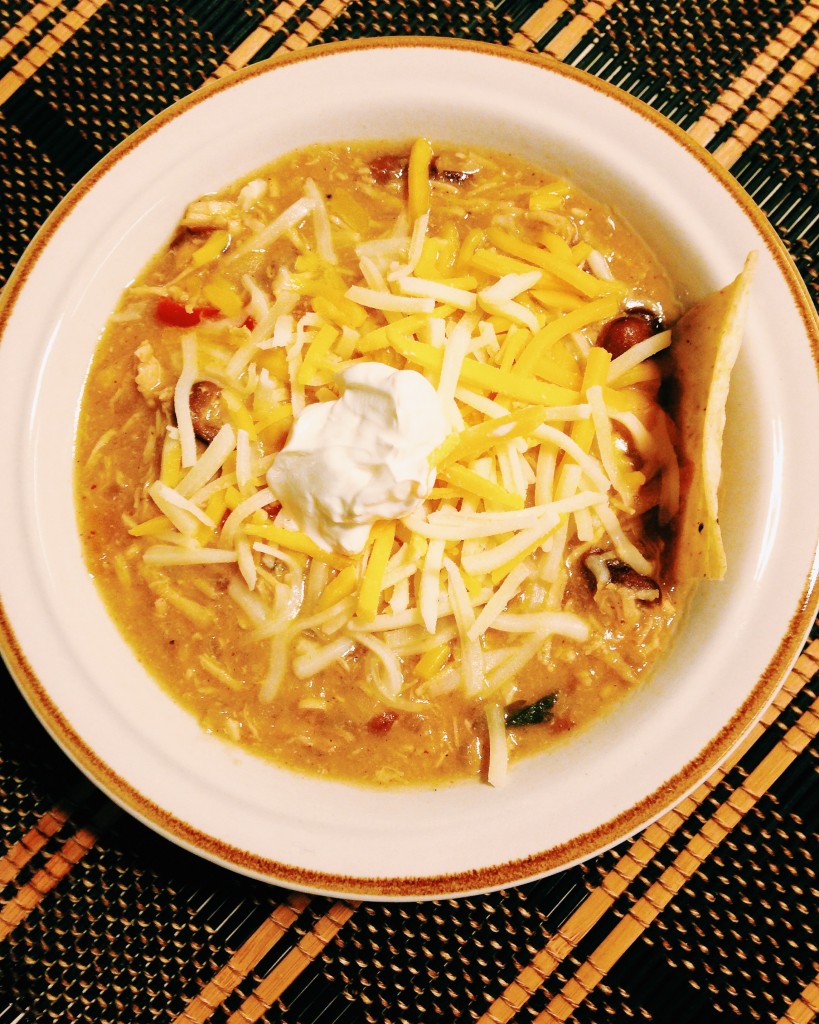 As you can see I varied the ingredients with much success. If you prefer other colors of bell peppers, throw them in. If you have a different color or variety of jalepeno growing in your backyard, give it a try. Only have one can of white beans sitting in your pantry? Pair an alternate type of beans or substitute for whatever beans you have. Be creative!

Homemade stock makes all the difference and it’s deceptively easy and saves you a ton of money!

When shredding my chicken breasts in the stand mixer, I tossed in the excess juices from the cooked chicken and found I didn’t even need to season my soup it had so much flavor.

Experiment with different spices to give your chili that little extra something special, I threw in a bit of Chipotle Cinnamon I had lying around to give it some warm heat.

This site uses Akismet to reduce spam. Learn how your comment data is processed.